Murray’s Pizza has opened at 107 – 1924 Summit Drive in the new Hillside Plaza in Glenmore. The franchise is owned and operated by partners Bryan Ruck and Steve Lenarduzzi, with other franchises in Summerland, Penticton, West Kelowna and Oliver. Murray’s makes their own house-made dough, sauces and spice blends. The pizzas are cooked on stone and come in thick, thin or gluten friendly crusts. They have a huge variety of pizzas, including The Kitchen Sink, which is just what the name means, a fully loaded pizza. Favorites are Popeye, Meat Lovers and Toscana Thin Crust or you can create your own masterpiece. They also offer calzones, baby back ribs, baked spaghetti or lasagna and donairs, salads and super wings. There is something for everyone, including the party pack for large groups or events. Order on line at www.murrays.pizza or call 484-3000 for pickup. Open 11:00 a.m. to 10:00 p.m. daily and 11:00 a.m. to 11:00 p.m. Friday and Saturday. 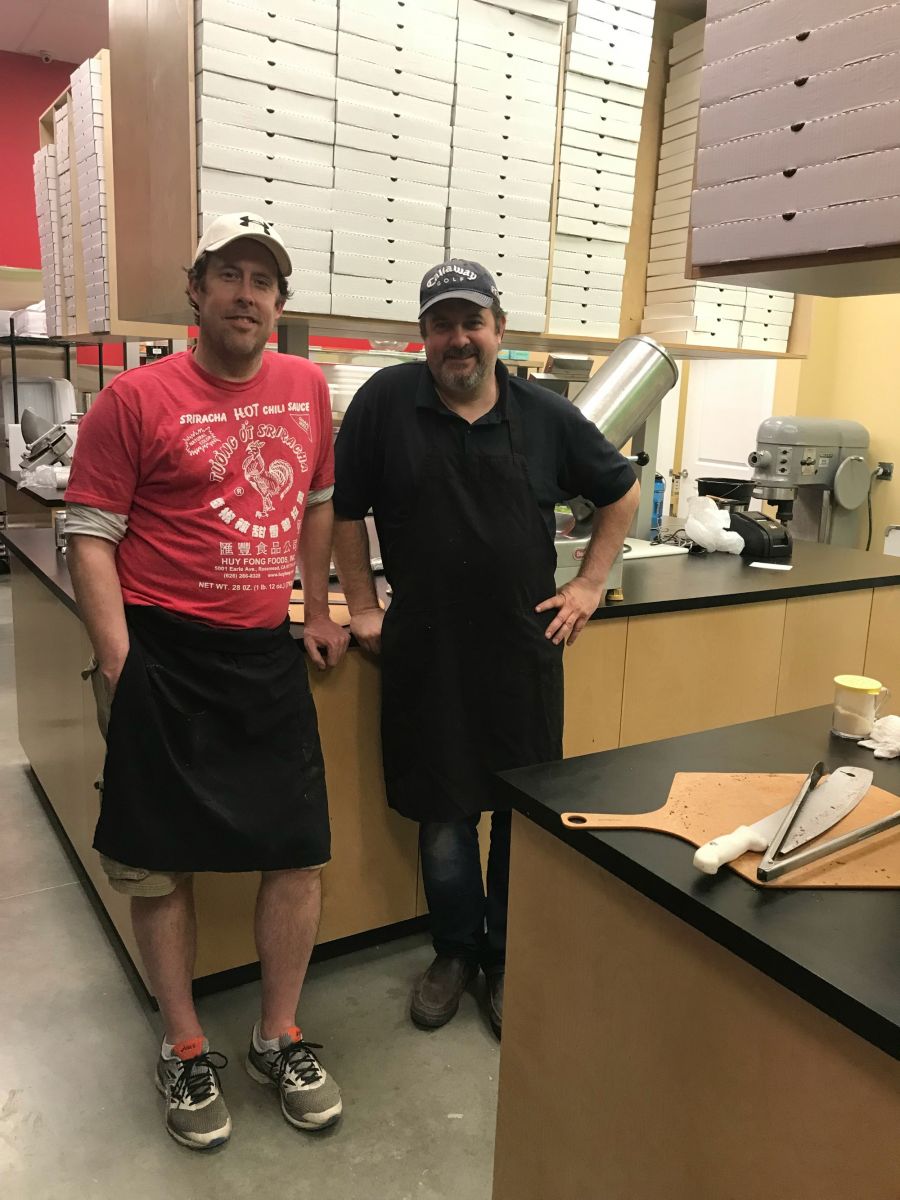 Mission Thrift Store – Kelowna is a local non-profit high-end thrift store that is volunteer driven and has been serving the community since 1992. The store outgrew their previous space and last year opened a 16,000 square foot renovated space at #121 – 1889 Springfield Road. They offer high quality, gently used clothing, furniture, home decor, books, toys and housewares at affordable prices. All donated goods are converted into cash and invested in leadership and literacy programs in over 40 countries. Volunteer opportunities are available for a few hours each week or full-time. Call 250-860-4791 www.missionthriftstore.com

Long-time local resident Teena Gowdy has a dream coming true. She has announced her long awaited singer/songwriter concert called “TeenaRee in the Key of G”. on May 5th. For tickets and more information go to Eventbrite.ca

Cedric Young, formerly of the Delta Grand Hotel is the new general manager of the Fairfield Inn & Suites by Marriott. The facility has been undergoing an extensive renovations/property improvement plan, offering all new common areas and breakfast room.

Residential home elevators are now more common place in the market. Hybrid Elevator Inc. at 16 – 364 Lougheed Road manufactures residential elevators and disability lifts at their facility.  Family owned and operated by Lance Davidson and his sons Jade and Jesse, along with being more common place, home elevators are affordable and very easy to install. The company understands that every square inch of your home is valuable and they will work around your residential elevator requirements to ensure a perfect fit. Hybrid Elevator manufactures everything in their local plant and by doing this, it is easy to custom build the elevators into any size and décor of a single family home. The technology allows them to offer the most space efficient, customizable and low maintenance elevator system available today. The elevators operate even during power outages, are oil free, energy efficient and built to last a lifetime. Hybrid can also install stacking closets with removable floors for easy access for a future elevator in a new built home. The company has been very successful, doubling their volume every year for the past five years. Call 778-484-0064 www.hybridelevator.ca 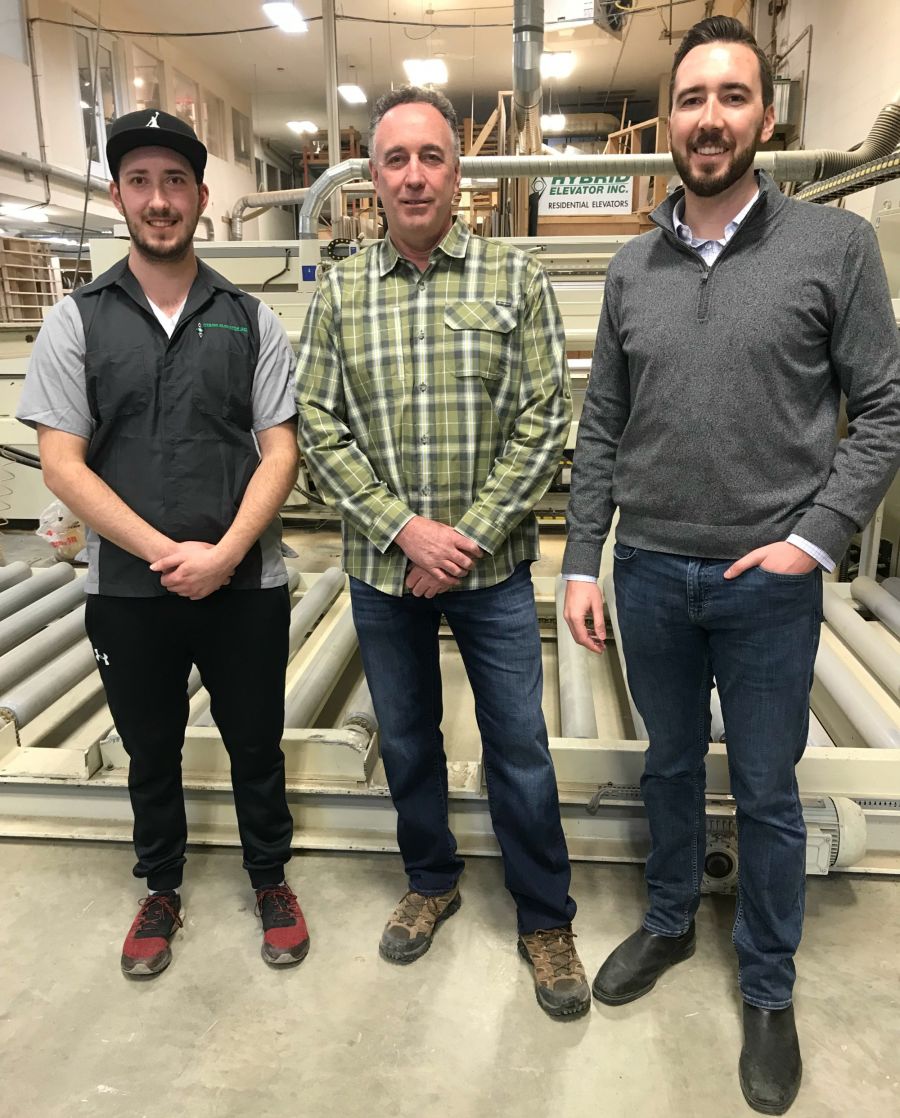 At the 2018 Chardonnay du Monde competition held in France in March, Kalala Organic Estate Winery’s 2016 Chardonnay Icewine won second place among 679 competitors from 39 countries. The Chardonnay top gold medal was awarded to Liquidity Estate Winery in Okanagan Falls. Kalala is located on the Upper Bench in West Kelowna and was started by Karnail Singh Sidhu and family. They have been making award winning, reasonably priced wines since July.2006 and were deemed certified organic in September, 2010. www.kalala.ca

The Local Gift Card is a gift card program exclusively for locally owned businesses. Co-founders Sarah Coffey and Angela Nagy are looking for 100 founding businesses in the Central Okanagan before making the gift cards available this fall. This will ensure card-holders will have a good selection of options to choose form when redeeming them. Retailers, service providers, tourism businesses and thrift shops can join as long as they are 100% locally owned. For more information visit www.thelocalgiftcard.ca, Call Sarah at 250-870-3703.

Take me out to the ball game. On Saturday, April 21st, it is Opening Day for Central Okanagan Minor Baseball. It is especially exciting this year as the 2017 Provincial Gold Medal Champion Kelowna Sun Devils 18U AAA Team will unveil their championship board at 11:30 a.m. at Edith Gay Ballpark in Rutland. The Sun Devils take on the North Island Cubs at 2:00 p.m. and 4:30 p.m. You will have a chance to win awesome Sun Devils gear and prizes. It is COMBA’s first Provincial Championship as an association and Kelowna’s first BC Baseball 18U AAA Baseball Championship ever.

On Wednesday, April 25th from 10:00 a.m. to closing, Papa John’s Pizza stores in Kelowna at 1959 Harvey Avenue and West Kelowna at 2483 Main Street will once again be hosting Papa John’s Dreams for Kids Day in support of The Sunshine Foundation of Canada. One hundred percent of the day’s proceeds will be donated for kids living with severe physical disabilities or life-threatening illnesses. Geoff Linquist is the owner of the Kelowna location and Scott Patten is the Director of Operations, Papa John’s Pizza BC Inc. Fall 250-718-7158 www.papajohns.com

Wines of the Valley Wine Tasting is Friday, April 20th at the Kelowna Golf and Country Club from 6:30 p.m. to 8:30 p.m. featuring an assortment of wineries. There are silent auction tables with many fabulous items. $25.00 per person at http://kssdrygradfundraiser.eventbrite.com. All proceeds to KSS Dry Grad 2018.